The Night of the Hunter: A Classic That Doesn’t Age Well

The Night of the Hunter

This film is the precursor to the slasher genre. Much of what it did was the very first, and Robert Mitchum’s portrayal of the psychotic preacher influenced media ranging from David Lynch’s filmography to “Buffy the Vampire Slayer.” I understand all of this and recognize its place in film history. But as unpopular as the opinion may be, there’s just so much about the film that doesn’t work. I’ll start with the good.

The music is incredible. It’s one of the things that stands out the most, and the use of it throughout the film is startlingly brilliant. The theme song Mitchum sings is both beautiful and terrifying – it is a celebration of the holy and an announcement of the arrival of evil. 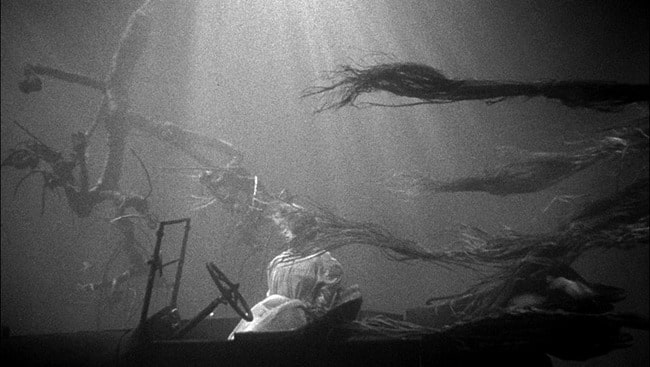 Stanley Cortez, who shot “The Magnificent Ambersons,” did a ridiculous job; the photography is some of the best I’ve seen. It’s staged so well, and the mood lifts right off the screen and pierces your subconscious. 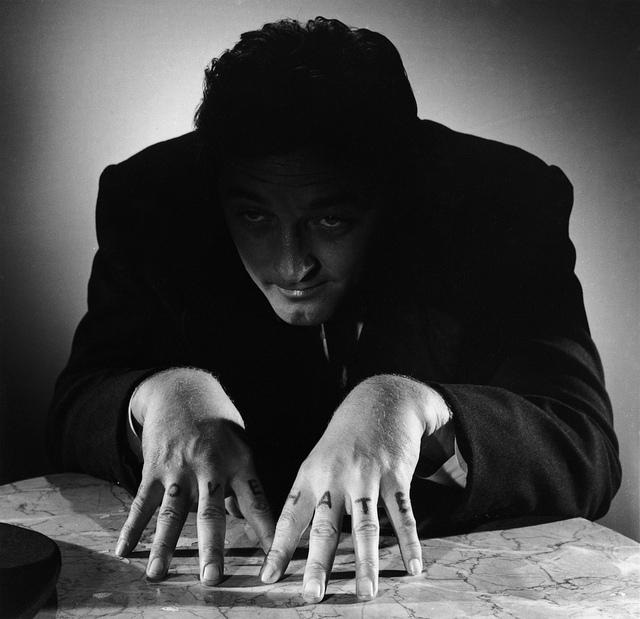 The acting works, in a bizarre way – matching well with the jarring editing style – but some actors are better than others. Oddly enough, the drunk “uncle” is the most believable and well-rounded out of everyone in this film; most of the characters behave inconsistently and in ways that diminish the film.

The setup is awful. Truly terrible. Mitchum literally talks to God for exposition and I hate every second of it. “How many women did I kill again, God? Was it six or 12?” Fuck right off, dude.

I actually think a great exercise would be to rewrite this shit-heap so that you get an exclusively visual setup. The story could be compelling! It’s about a pastor who’s in gaol with a man that stole $10,000. The man is hanged, and the pastor seeks out his family to recover the money.

The storyline works great and could be easily achieved through better means. But they force this stupid exposition on you and have this scene were you find his car has been reported stolen in order to justify the pastor (Mitchum) getting arrested. It doesn’t solve anything, however, and only makes it more confusing. Why would a petty thief be in the same gaol cell as a man on death row? Just have Mitchum already in prison, and he’s up for release.

We don’t need to know about the bullshit backstory. Hell, he could be in there for months plotting how he’s going to recover the money – getting more and more stir-crazy. Also, are you really going to do the whole talking-in-his-sleep gag to reveal that there’s $10,000? Stupid.

There’s also a significant bit at the end that, because of the disjointed narrative, seems misplaced. The kids end up in the care of a woman who just takes kids in. I think the scenes could work, but it feels like there was a lot more in the script that was cut – so the transition feels abrupt. And in thinking about the end state of our characters, this new addition dilutes the power of the dramatic premise.

The boy is most likely the protagonist, and he’s subjected both to the cruelty and kindness of adults. That there are kind adults in this world is not enough to wrap up this otherwise bleak view of humanity. There are a lot of open story loops that don’t necessarily close; and of all the available options, the kind-but-tough surrogate mother choice seems the weakest.

I don’t give points to a movie for being old or deemed a classic; that doesn’t make it good. Neither does it being the first of its kind. While it’s important to see these things within their historical contexts, we can still be critical of how they’re executed. I read somewhere that this movie was second place to “Citizen Kane,” and I think that’s a travesty.

This movie is nowhere near the same league as Welles’s masterpiece. This isn’t the same as when ancient Greek audiences loved the Deus Ex Machina technique but we’ve grown to now hate it. The film came out in 1955, and there are countless examples of masterful storytelling before, during, and shortly after this period. Watch it for the music and the photography, and toss out the rest.